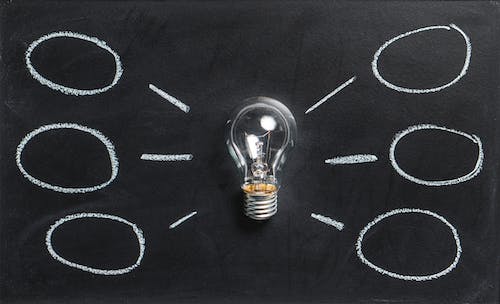 My first teaching opportunity arose less than a year after graduating from law school when I was asked to teach Evidence to approximately 70 upper level law students at a law school in South Florida. Without training or guidance, I did what many people probably would have done under similar circumstances — essentially replicate what I had seen as a student. I covered assignments day-by-day and waded through the traditional doctrinal topics contained in the traditional casebook I had chosen. For me, it was all about segmented coverage of material.  From a student’s perspective, though, I am sure the class felt very different, more like a grueling teen tour through Europe — 13 countries in three days.

By framing my class as an educational assembly line, I thought I had done my job – cover doctrinal material and foster critical analysis. Now it was the students’ job to learn and apply the substantive doctrines on their own for the exam. Yet if I knew then what I know now, my teaching approach would have been dramatically different.

In the past two decades, scientists using advanced technology have learned so much about the brain, including more about how learning takes place. Scientists have studied what happens to information that is communicated to learners in a class.  Do students immediately store that information in brain files like computers do for ready and easy access whenever the information is needed? Does the process of note-taking mean students can access what they have learned at any time?  Does multi-tasking affect the learning process? If yes, then how?

The scientific answers to these questions are both nuanced and complex.  They tell us that teaching does not equate to learning, especially long-term retention and recall.  If the goal is to become a self-directed and effective learner, what first counts is paying attention, focusing on information, and then engaging in useful retrieval practices to make that information stick.

Here’s why.  First, the three-pound brain confronts millions of data points at a given time but can only encode a limited amount – only seven or eight items at a time, according to cognitive scientists. That material is temporarily stored in a person’s working memory.

Unlike a brain file, though, that information may well be forgotten, thanks to the Forgetting Curve.   The initial discovery of the Forgetting Curve occurred in 1885 when Ebbinghous postulated that humans forget much of the information they have learned.  We now know that after only twenty minutes, we lose approximately 50% of what we have learned.  After nine hours or so, we forget around 70%.

To move material to long-term memory — to make it really stick — lots of contextual factors (what, when, where, how, who and motivation) may be significant.  For example, if the information is associated with emotion, such as encountering a snake on a walking path in front of you, the information is much more likely to be remembered.  On the other hand, very stressful situations, such as a slip and fall, diminish retention of information.

Paying real — not partial — attention to information matters as well, which is why multi-tasking impedes learning. We often are paying attention to things, but they might already have occurred (our past) or are yet to occur (our future).  Paying attention in the present is difficult. By way of illustration, we can drive home based on long-term memory, wondering how we got there.  Yet when we drive to other destinations we have only traveled as a passenger, we will likely require GPS assistance.

We can also retain information by chunking it with other bits of information.  For example, a successful action for adverse possession requires a chunked “OCEAAN for 20” – Open, Continuous, Exclusive, Adverse, Actual and Notorious for 20 years, the term of the common law period of ejectment.

Several retrieval methods have been shown to be effective for long-term storage and use.  Quizzing or other types of recall practices help, particularly when it is a distributed and not massed type of practice. This just means spacing the repetition is much better for retention than cramming it all into one Red Bull-fueled session. Further, interleaving, which means placing the information in context with other information — such as Japanese-American internment during WWII and equal protection analysis — will promote long-term memory. Thus, for every class, bridging prior and future classes with the current one fosters the brain’s neural connections. All of these methods actually change the physical brain – strengthening neural pathways and access to information carried on those pathways.

Applying this brain science, and the Forgetting Curve in particular, to law school teaching is sobering.  Even after a highly productive class, the student who waits until the end of the week, let alone the semester, to review course material will already have forgotten most of it. The same holds true for student stenographers who dutifully type everything that is said during class, without ever thinking about it, as well as for students who don’t consistently review and repack what they got out of class.

Based on what I now know from science and experience, my approach to teaching has changed quite a bit. Law teaching involves both facilitating the “pizza delivery” of information and also serving as a metacognitive learning coach. For example, I can do a lot at the beginning of a class to bridge the subject to be covered with prior material – an instance of spaced repetition – and connect or chunk it for students. I can create a better learning environment by having note-breaks in a longer class so students can recall what they have learned, prioritize the material, and organize it for access and recall. I can use numerous active learning techniques so students can process and contextualize the information they are hopefully encoding.  Finally, the end of a class can be used for students recalling one or more of the most important points made in a class.  All of these techniques demonstrate “learning how to learn” and how to be more effective self-directed learners.

So much for thinking I was doing fine in my first Evidence course so long as I plowed through the material!  It’s not the first to finish who wins after all. Instead, brain science has taught me to ask different questions as a professor, and coverage simply isn’t at the top of the list.  Instead, I have learned to inquire whether my class creates a good environment for long-term learning that lasts.

How do you make it stick with your students? Share your good ideas at [email protected]